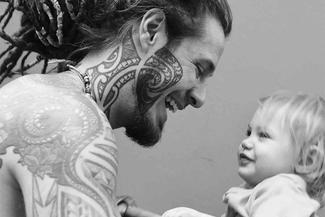 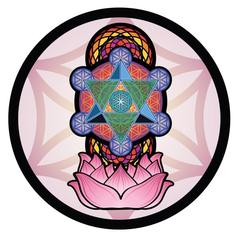 Owner, artist and energy worker, Steven Wheeler brings his own kind of style into the art world. Steven has been an artist all of his life. Wood, canvas and paper had been some of the earlier mediums he utilized. He is also a trained professional in the art of energy healing.

It was about seventeen years ago when Steven started working with glass. Both hand blown glass and hand carved cold work have been staples in his art. He has won many awards for his glass sculpting. He continues working with intricate stone, glass and gem carvings.

Steven spent much time traveling the world, gathering inspiration from indigenous culture. While spending time on the Hawaiian Islands, Steven fell in love with the spirituality in the art of Tatau. He began his tattoo apprenticeship under a nationally awarded Polynesian tribal tattoo artist. He spent the first years of his training strictly learning freehand Polynesian style of tattoo. He excels in freehand Polynesian and Sacred Geometry design. From big bold traditional tribal to a more feminine fine lined Polynesian tribal, Steven Wheeler is West Michigan’s best choice for Polynesian Tribal Tattoo.